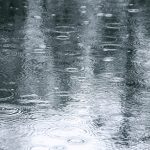 Duel places two characters on the stage. Their differences accentuate and compliment.
These two might have emerged from a “cowboy” film melodrama. Or they could be two dancers entwined in a pas de deux. It is a representation of the duality of life. By turns lyrical, then tempestuous, these two beings become entangled and overlap, one leading, then the other, without ever breaking the elemental tie that binds them. Power and passion shapes and pulls the dialogue. The image of two  interlacing ribbons comes to mind – winding together, then momentarily snapping free in the course of their crazy communion. But when one line of expression tries to break away, it is quickly gathered back into the larger form, an ever-developing energy stream hot and dense as a laser. What is being celebrated here is the interdependence of Man with his neighbour and environment. No one can escape the Other; we all need the Other to live and go beyond the bounds of “self.” Duel is an ode to love. 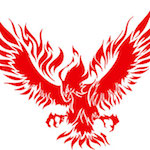 When we analyze the creative process, it is interesting to observe the trajectory of the thinking related to objectives set out at the beginning of the project – i.e., the moment the work was conceived. Once the work is created, we look back, to get an idea of the path we’ve just be on. It’s a bit like surfacing after a dive into deep water. In August of 2014, I received a commission from French violinist Marie Cantagrill. The following text was written a few weeks later, in early September 2014. I was pleasantly surprised to be able to note at which point I had stayed true to my original intentions.

There was no mention of Cortège des oiseaux or the existence of Bûcher in the short prologue to my composition. It was only following much reading and research on the Internet that the necessity of  inserting these elements into the piece became clear to me.

The narrative link is important for me when I am composing. Putting diverse musical sections in place is motivated by dramatic objectives. The imagery the listener forms in his/her mind is not only forged by the music per se, but also by non-musical elements supporting it. For that reason, the choice of a title is never a banal after-thought. As much as it does for an audience, the title of the piece puts the musician interpreting the music in sync with a musical thought and narrative line. Phœnix meets these criteria.

Phœnix the word carries different meanings, but the most compelling refers to a mythical bird emerging from its own ashes. And this is exactly what I hope to achieve! I want to put into music the rebirth of a spirit, a body, and above all the increasingly widespread phenomenon marking this digital era: the constant reorienting of a life or a career. The “cradle-to-grave” straight line no longer exists in our lives. Whether a new direction may be technological, social or personal, the spirit of the phoenix represents these ideas of renewal, adaptation, mutation. Man should follow in the image of updating software, and learn to redefine himself while maintaining the integrity of his essential character. Thus this piece is written a particular way, reflecting my own creative life, and, I believe, the astonishing life of Marie Cantagrill, who has returned to her native Ariège region of France, where she draws from her entire life experience in creating her music.

The structure of my composition follows the phoenix’s life cycle. When he first saw this creature, Gaius Julius Solinus wrote “…it is the size of an eagle, the head ornamented with a tuft of plumes, the lower jaw is wattled, the neck striped in gold, the rest of the body is purple, except the tail, which is azure, sewn with crimson feathers.” It is a structure in the form of an ellipse. We are witness to the period of its life that leads to its rebirth. We can already identify certain musical characteristics: energy, strength, a wide range of flight and grace in movement. The challenge is to link it all with a strong directing guide: the violin.

(2013)
Concerto for 6 trumpets, one soloist and orchestra
Duration : 16’15”
Commissioned and premiered by Frédéric Demers on trumpet with the Orchestre symphonique de l’Estuaire, Luc Chaput conductor.

The Trumpeter has all the symptoms of multiple-personality disorder. It’s a known phenomenon affecting most trumpeters: he plays different instruments and each one highlights a separate aspect of his personality and sensibility. But he does not know who he really is. So he decides to consult a psychologist!

Arriving at the psychologist’s office, he hesitates… But he is determined to follow through in his quest and wants to be clear in his own mind. He screws up his courage, takes a deep breath. Leaving a few of his instruments outside, he knocks on the door and goes in.

After the usual formalities, we get to the heart of the matter. Urged on by the psychologist, the Trumpeter cannot stop pouring out his feelings. The manner in which the musician sets out his situation clearly shows the different personalities alive within him. Now suave, now martial… forever vulnerable on the emotional level, our Trumpeter unleashes the full range of his emotion and his artistic vision in which a constant intermingling of varied feelings clash, each battling to be heard above the chaos of ‘identity’. This musician is in distress. The psychologist reflects for a few moments, then suggests that the Trumpeter dig deeper into his memories – perhaps the source of his conflict lies there. To help him, the therapist proposes hypnosis. The Trumpeter replies, ‘Why not?’ … And so begins a strange voyage into the mysterious world of the trumpet family.

At the sound of the hypnotherapist’s sonorous monotone, the Trumpeter’s body lets go. He is not conscious of leaving the real world, but his entire being relaxes…He’s floating, there’s no sense of time, his vision is foggy, he hears the song of the Sirens. And suddenly the sky opens before him. It’s as if the universe is offering itself to him without restriction: there are no limits, nothing is forbidden or taboo.

In a club. Is that jazz? Maybe… Is that an obsessive rhythm? It surely is.

Ideas start to spill over. Besieged from all directions, the Trumpeter searches for his voice. A dialogue begins. An echo seems to be answering him… And still there’s this rhythm like a snake gliding along his fingers. When he finally understands his role, he escapes…

But we slowly find him again, and we surround him, encircling him. He cries for help but his voice is drowned out in the increasingly impenetrable tumult. He shouts. He struggles with himself.  He…

At the moment when it seems he’s out of his depth, he retreats even further to where it’s most beautiful – deep inside the hypnotic trance.

Reality no longer has a hold.

This new transition transports the Trumpeter into a cold and painful world. He feels  sadness mixing with a softness. Where is it pointing him? He feels a bitter-sweet memory, a feeling both cruel and intoxicating. He fears it and he desires it. He recognizes this feeling, a feeling of rediscovering love.

And so the Trumpeter recalls radiant days. He speaks to her. She replies. It’s a dialogue that has not grown old, which has not changed one iota. It was a time of projects, great plans for the future… Now it’s all only a memory.

His heart still swelling with this love that flows from his entire being, out of every pore, the Trumpeter glides gracefully deeper still, into the abyss, in the direction of his soul and the essence of who he is.

In this new place, all is illuminated. The Trumpeter finds himself in a familiar universe. He’s in close contact with his origins, he experiences a music manifest in cosmic colours, a music that is simultaneously light yet deeply meaningful. A renewed energy arises. The Trumpeter feels he has finally arrived at the source, a place where he rediscovers his essential virtues. This realization comforts him as he is confronts his choices. He knows that now he can finally leave behind the indecisive lassitude that’s been holding him down.

He understands that it is in his nature to bring all these worlds to life, equally, side by side. He accepts the multiplicity of his instruments, their separate characters, the range of their diversity. He knows that each of his trumpets is a real aspect of himself, and they all define him. And so the Trumpeter is freed from his chains.

He is happy. And when a trumpeter is happy, the world feels better too!

(2007)
A two trumpets and organ version of L’Homme exposé
Duration : 3’10”
Commissioned work by Orgue et couluers Festival in Montreal
For the commemoration of the 40th anniversary of Expo67

This fanfare entitled L’Homme exposé encore une fois (Man Revealed again), is a tribute to Expo 67, whose central Man and his World theme was inspired by the Antoine de Saint-Exupéry novel. This version for organ and two trumpets is an adaptation of the version for brass quintet. The work was specially commissioned for les Concerts populaires de Montréal and the Montreal fall festival Orgue et Couleurs.

The introduction is inspired by the melody of a song by Stéphane Venne entitled Un jour, un jour (Hey Friend, Say Friend). It is followed by three sections, each finding their source in original Expo 67 sub-themes: Man in the Community (can you hear the sound of the Métro in the urban crush?) Man the Explorer (the scientific spirit! the forerunner of our way of life), and Man the Creator (with joy, of course – which is why this souvenir of Marc Gelinas’ La Ronde carries us along on a joyous waltz). Then the finale takes us to the port where departing boats are filled with millions of visitors sadly bidding farewell to Montreal and promising to return… 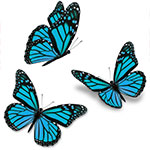 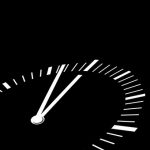