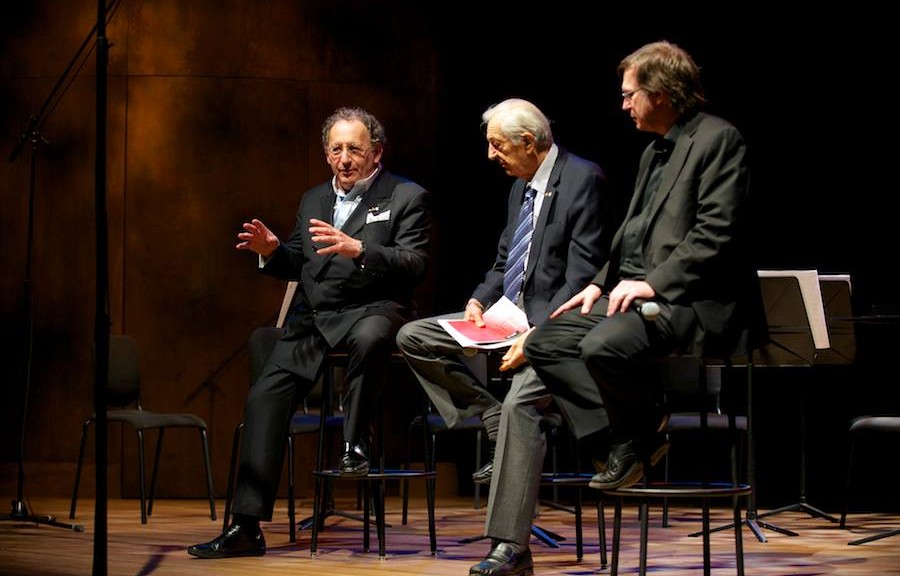 The adventure of music and artistic skating involving Eric Radford and Louis Babin in an article written by Sarah Lévesque and publised by SOCAN’s magazine : Words and Music.

Article on Words and Music

The Canadian Figure Skating Team is the silver medalist at the team competition at the Olympics!

Congratulions to the team members and specially to Meegan Duhamel and Eric Radford. They took the second place in pair’s short program skating with grace on Eric’s own composition Tribute for which I contributed.

They will perform again with the same choreography and music for the individual competition on February 11th starting at 10 am (time of Montreal).

The music online at Espace.mu together with an interview I gave to journalist Frédéric Cardin about some aspects of the music project. (in French)

The Olympics Games depict great athletic accomplishments, all of which happen before our very eyes. Amongst them, I think of figure skater Eric Radford who will represent Canada with his partner Meegan Duhamel at the upcoming 2014 Sotchi Winter Games. Eric’s dream of skating to the sound of Tribute, his own composition, will come true during the execution of his short program to a Julie Marcotte choreography. I had the privilege to produce, orchestrate and conduct the recording session. Eric composed Tribute in memory of his trainer Paul Wirtz whom lost his battle to cancer in 2006.

You will be able to hear it during the performance of their pairs short program. The event starts February 6th.

My best wishes go out to Eric, Meegan and Julie, all of whom are innovating by skating to Eric’s original composition. It is an Olympics first and I commend them for their audacity. During the recording session, I saw Eric being moved by hearing his music being played by the strings of the Orchestre symphonique de Longueuil. Also worthy of note is the fantastic work of Sylvain Lefebvre and his team at Lamajeure Studio. Moreover, the recording session was the object of a TSN/CTV report produced by Tracey Britnell.

Here is the smal interview produced by Tracy Britnell as a TSN / CTV production.

Eric Radford is explaining the origin of his music Tribute written for the short program aiming for the Sotchi Olympic Games with his partner Meegan Duhamel. We see some of the work done in the studio La Majeure in Montreal in the summer of 2013. Also some footage with Julie Marcotte their choregrapher.

I had the privilege to produce, orchestrate and conduct the recording session.